Scarves are most beautiful and colorful accessory one can wear, it enhances the beauty of a lady. As the spring arises, there is no better way to prettify the cute and charming sundress than having a colorful scarf.

Choosing what kind of scarf to wear is not as much difficult task as tying it around the neck in appropriate style for every occasion according to it.

How to tie scarf around neck

Some of the cool and creative techniques are compiled up to tie scarves by using all kind of scarves whether it is long scarf, loop or circle scarf, or any other kind. 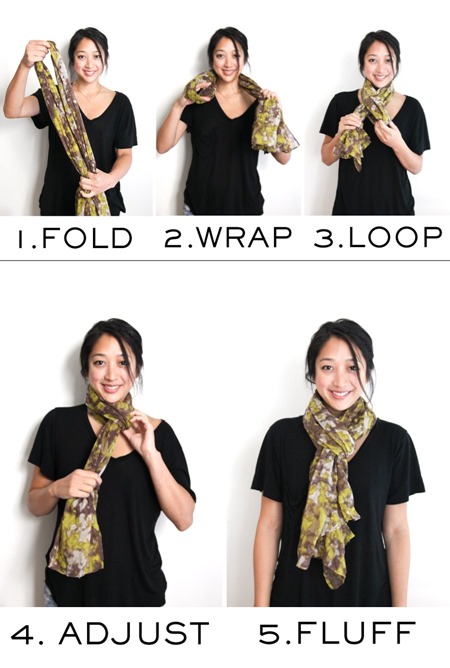 Leave the knot loosely or can fit it around the neck. 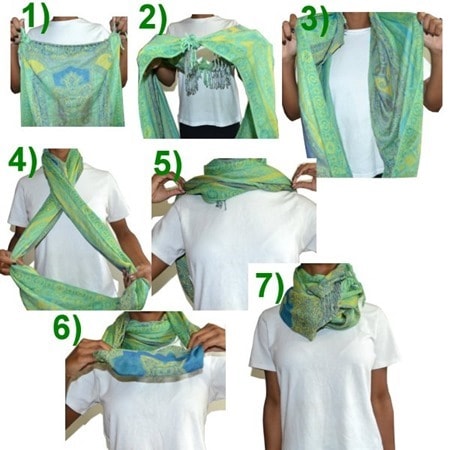 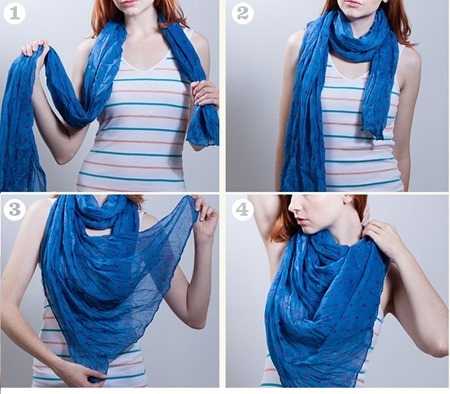 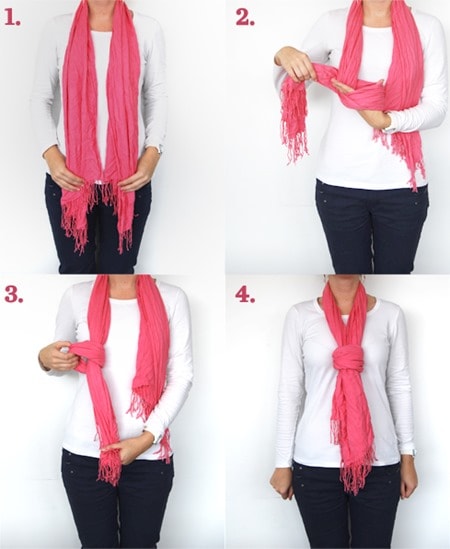 Tie any of the two ends of scarf. Wrap the scarf twice around the neck leaving the knotted end free downwards. Bring the loose end of the scarf through the scarf. Now fit the scarf around neck as per your convenience. 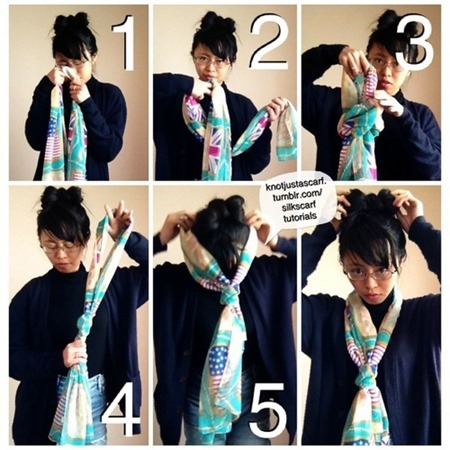 Tighten the scarf and fit it according to your convenience.

We can just simply wrap scarf around shoulders. 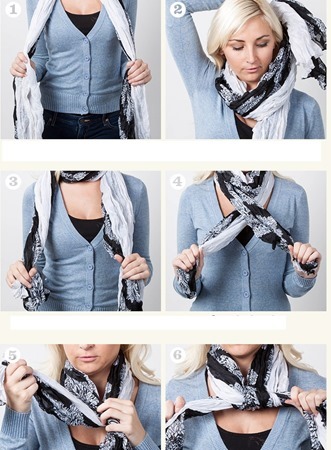 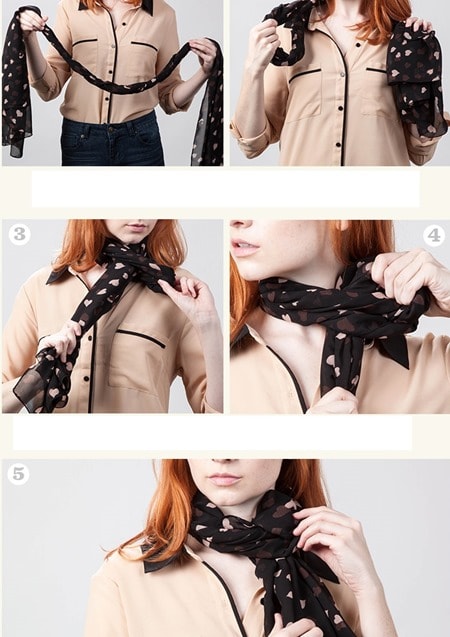 Let the twirled end hang down to your back. 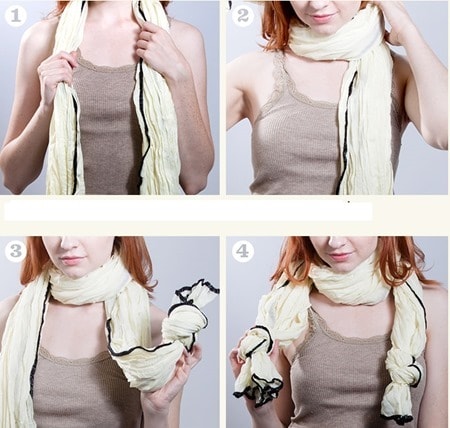 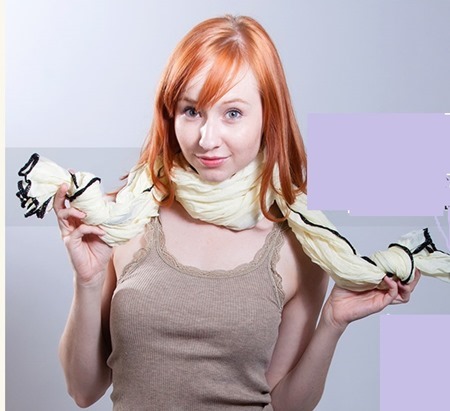 10. Wreath – Way to Tie knot around your Neck 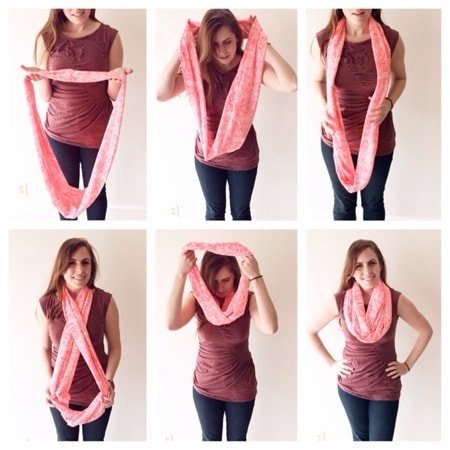 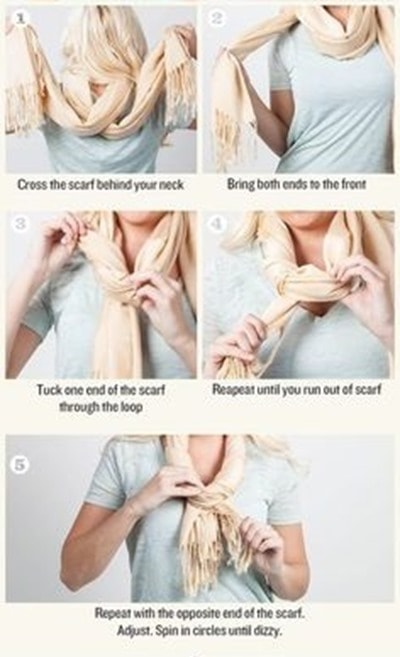 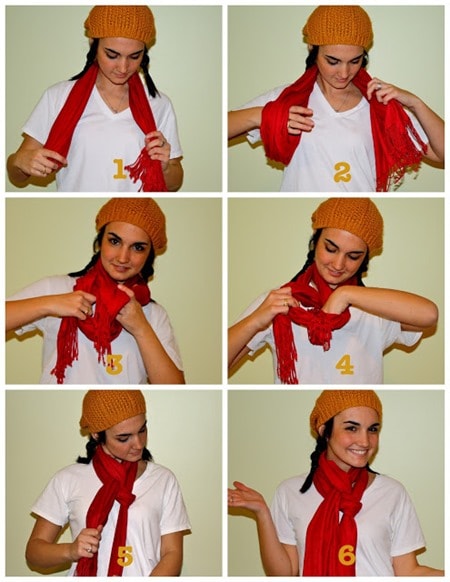 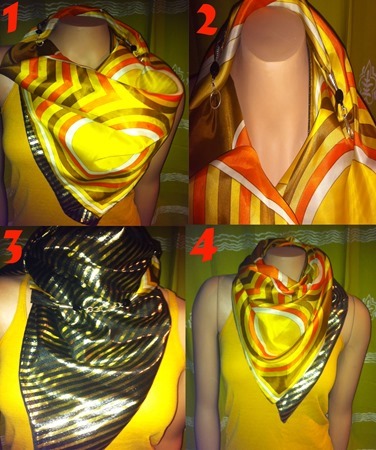 Tie the scarf at the back and adjust accordingly. 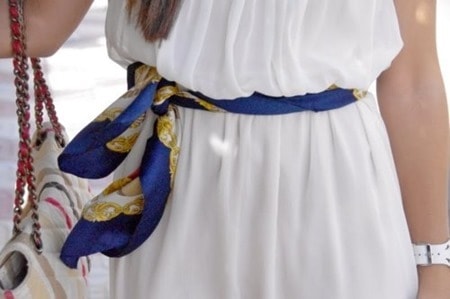 Fold on and on the scarf till it gets the desired width. Wrap it around your waist and tie a knot at the back. 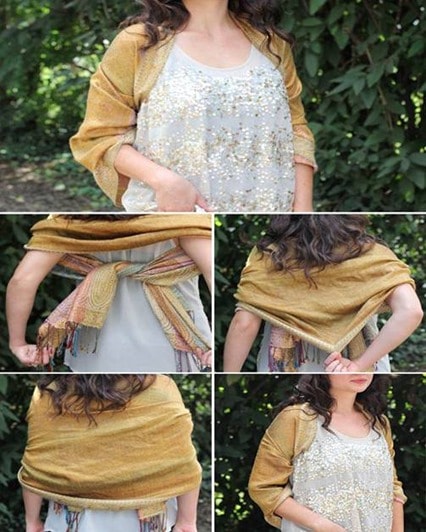 Wrap the scarf behind your neck. 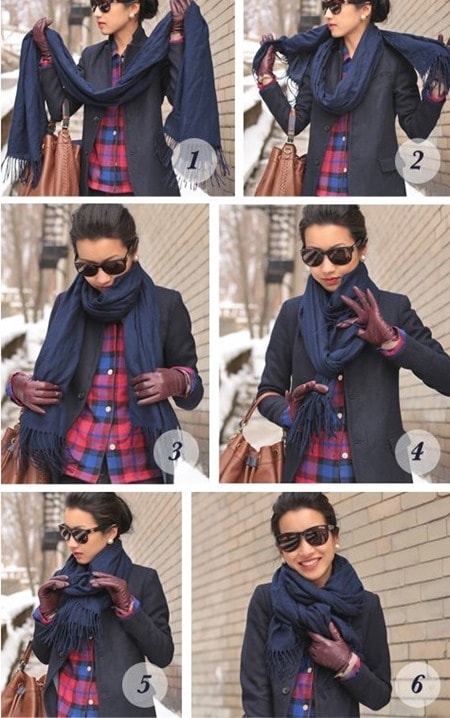 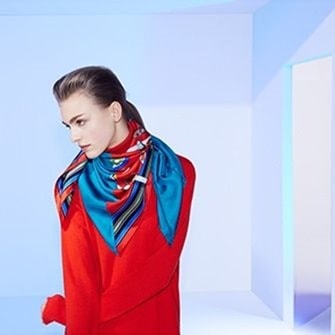 Fold the square scarf to form a triangle. 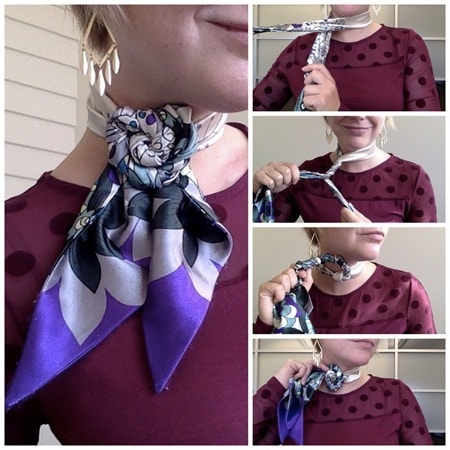 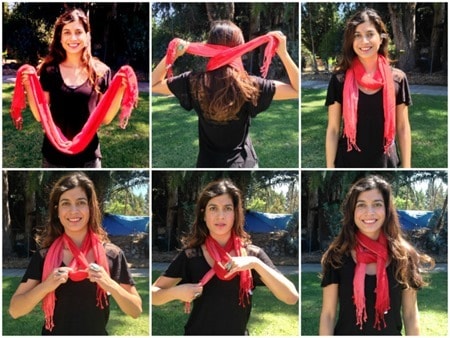 Tighten both ends and adjust as necessary to create a pretzel like formation. This unique way to wear a scarf looks so cute with a jacket or sweater! 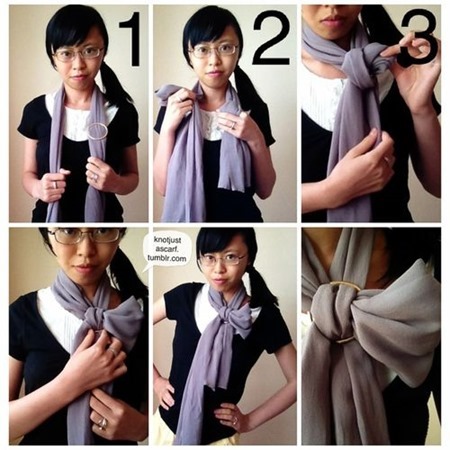 Tighten it according to your convenience. 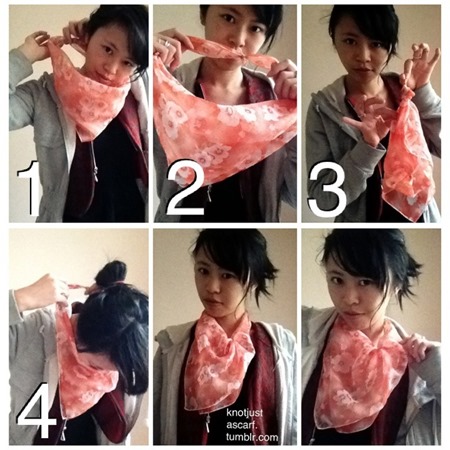 Perfect for showing off your favorite small square scarf’s pattern.